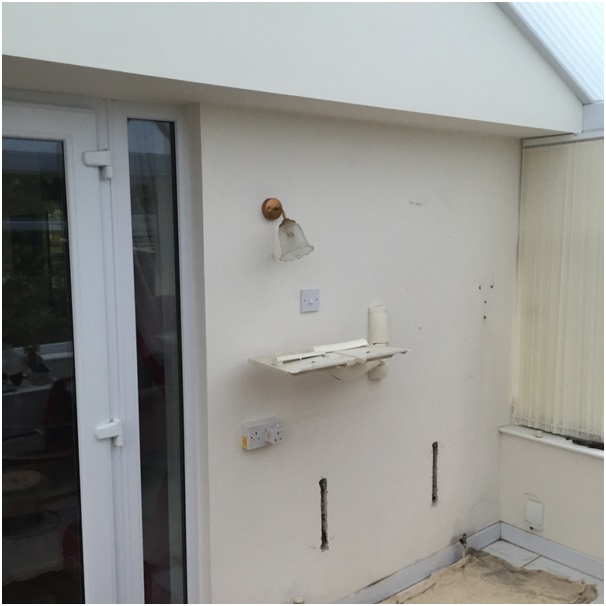 We were approached by Mr Guest who wanted to be able to sit in his conservatory all year round. He had an under sized radiator with no under floor heating installed so the room was cold in winter. Additionally the room became very warm in summer because of the glass panels .

We gave him a wall mounted option or a floor mounted option. He opted for a Mitsubishi Electric MFZ-KJ  floor mounted unit which was fixed in the same position as the redundant radiator. The pipe work was contained within white plastic trunking at low level. 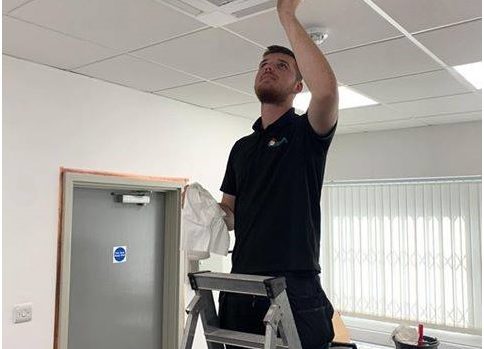 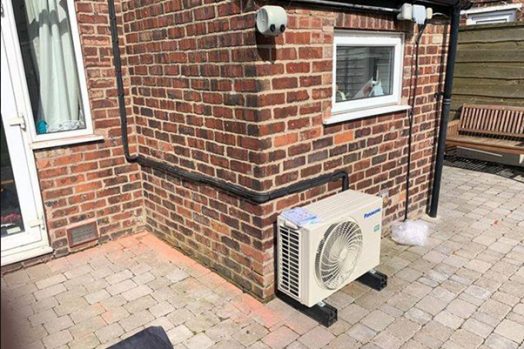 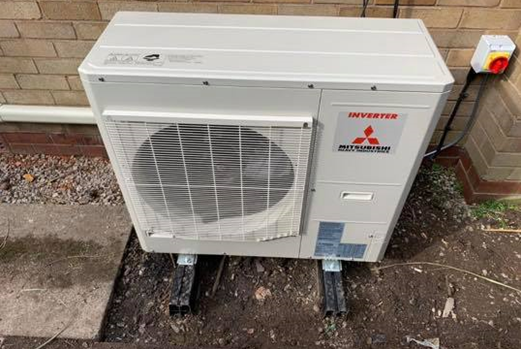 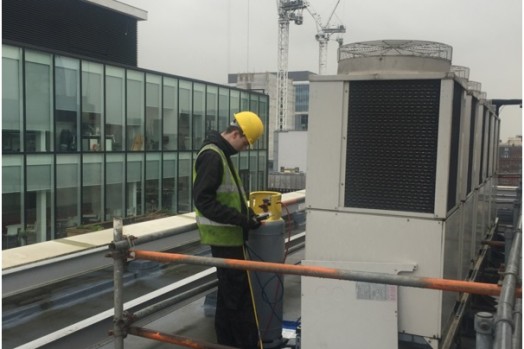